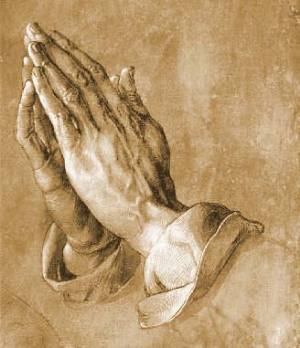 “And the king said unto his servants, Know ye not that there is a prince and a great man fallen this day in Israel?” II Samuel 3:38

Today, we pause to pay tribute to the memory of Deacon Robert Peterson, Jr., who was a loving husband, father, grandfather, uncle, cousin and friend. He was one who loved his family with all his heart, and not only nurtured his family, but enriched the lives of many.

The Man of A Lifetime

On Sunday, March 28, 1943, in the countryside of Rich Square, North Carolina, Robert Peterson, Jr. was born to the parentage of Robert Peterson, Sr. and Beatrice Odom Peterson. It was there that he received his formal education, while attending schools in Northampton County Public School System and finally graduating with the Class of 1961 from W.S. Creecy High School. Seeing the need to further his education after graduation, he enrolled and attended North Carolina Agricultural and Technical State University.

Upon completion of two years of college, Robert sought opportunities to establish himself as a well-respected and skilled young man, who was known for his ability to be a gifted brick mason. While growing and developing into a compassionate and hardworking young man, Robert was provided an opportunity to began working as a master brick mason and entrepreneur - his dream job. Returning to Rich Square, North Carolina, he was able to continue his pursuit of becoming a master brick mason!

The Mission of a Leader

Everyone has his own specific vocation or mission in life; everyone must carry out a concrete assignment that demands fulfillment. Therein he cannot be replaced, nor can his life be repeated, thus, everyone's task is unique as his specific opportunity to implement it. - Viktor E. Frankl

“Peter” or “Peter Rabbit”, as he was affectionately called by many in the community, was not only a builder of homes and buildings, but a builder of people. He took every opportunity that he had to impart his knowledge and invest his time in teaching young men how to lay bricks. Many of those young men can recall the summer opportunities which in turn developed men who learned to provide from themselves and their families. These young men had the opportunity to learn from one of the best. Robert’s dedication and passion to his craft was evident, especially in the exemplary work that can be seen throughout Eastern North Carolina and abroad - which stands as a testament to his ability!

‘Peter’ spent most of his time building, however he didn’t forget to build the most important thing and that was a true relationship with God. Being reared in a Christian home, he learned the true value of a relationship with the Lord. This relationship started when he acknowledged Christ as his personal savior and later became a member of the Branches Chapel Missionary Baptist Church in Rich Square, North Carolina. It was there that his love for God was deepened and spiritual gifts nurtured, as he was a faithful member of this ministry. He highly esteemed the Lord and gave God his all as he served the church in various capacities, including Superintendent and Assistant Superintendent of Sunday School. In 1974, he was ordained as a Deacon, in which he diligently and faithfully continued to serve in for many years and later became the chairman of this ministry. He held his ordination in very high regard, as he was often called upon for guidance and wisdom. These attributes aided him as he became a well-respected member of the Young Men’s Club of Rich Square in which they would all give back to the community.

The Message of Love

“If I can do my duty, as a good man ought, If I can bring back beauty, to a world up wrought, If I can spread love's message, as the Master taught, Then my living shall not be in vain.”

Robert was not only a churchman, but also a family man who met and united in Holy Matrimony to the love of his life, Joyce E. Bowser and they were committed to this love for 59 years. He was a family man, and nothing was more important than his family. He had a great bond and left a great legacy. His love was imparted to his children and grandchildren by showing them a hard work ethic and a unique personality that will never be forgotten. Robert’s heart for his family was unconditional and will be missed by all who knew him.   Because of his outpouring of kindness and service to his family, God gave him favor...a family that loved and supported him...friends who cherished him and were ever-present during his life. He was a person who was concerned about the well-being of others and never met a stranger.

The Memories of Life

“A great man is one who leaves others at a loss after he is gone.”

"For I am now ready to be offered, and the time of my departure is at hand.  I have fought a good fight, I have finished my course, I have kept the faith." (II Timothy 4: 6-7) On Tuesday, May 3, 2022, Robert slipped quietly into the realm of immortality. His passage, as his life, was without complaint, accepting and believing that God’s almighty power will not fail. His seeds are well-sown; his service on earth is complete, and he now experiences the victory and triumph of eternal life.

“In tears we saw you sinking, we saw you fade away. You suffered much in silence, you fought so hard to stay. You faced your task with courage, your spirit did not bend. But you still kept on fighting, until the very end. God saw you getting tired, when a cure was not to be, so he put his arms around you, and whispered ‘Come to me!’. So when we saw you sleeping, so peaceful, free from pain. We could not wish you back, to suffer that again. In God’s own time, we will meet again.”  We, who are bound by treasured ties of affection and love, as we pass him to God’s keeping are: his beloved wife,  Joyce Bowser Peterson; his children, Sheryl Peterson Hardy (Minister Dexter Hardy, Sr) of Suffolk, Virginia; Daryl Peterson (Sarah) of Rocky Mount, North Carolina, Kendra Epps (Keenyn) of Knightdale, North Carolina and Gregory Johnson of Roanoke Rapids, North Carolina; a devoted niece/daughter-at-heart, Gwendolyn M. Bowser of Rich Square, North Carolina; seven grandchildren, Kristopher, Jayden, Dexter, Jr., Sydney, Kimberly, Margarita and Gregory, Jr.; eight great-grandchildren; his siblings, James Roger Peterson (Evelyn) and Fannie Mae Cumbo both of Rich Square, North Carolina and Veronica Jones (Donnell) of Philadelphia, Pennsylvania; brother-in-law, Eugene Bowser (Alice) of Bronx New York; sisters-in-law, Virginia Cherry and Willie Mae Bowser, both of Rich Square, North Carolina; a host of loving nieces, nephews, cousins, other relatives and friends.

Relatives and Friends are encouraged to visit Deacon Peterson's tribute wall to share memories, extend condolences and to order floral tributes, as sentiments to the family.

to the family of Deacon Robert Peterson, Jr.

To send flowers to the family or plant a tree in memory of Deacon Robert Peterson, Jr., please visit our floral store.