Share a memory
Obituary & Services
Tribute Wall
Read more about the life story of Eddie Frank and share your memory.

‘Frank’, 'Godfather', ‘Big Man’, ‘Uncle Frank’ or ‘Frankie’, as he was affectionately called, united in Christian Fellowship with Rising Star Baptist Church, Branchville, Virginia, under the pastorate of the late Rev. Shands. He was educated in the Southampton County Public Schools; graduating from Riverview High School of Courtland, Virginia. After graduation, Frank relocated to Petersburg, Virginia, where he became employed with Fort Lee Army Base. After working there for a few years, he relocated to Brooklyn, New York, where he resided with his brother Sam and met a close family friend, Sammy Fredrick, who helped Frank gain employment with the Maimonides Medical Center.

Frank worked there for 42 years, before his retirement in 2009. While there he was afforded the opportunity to meet lots of people from all walks of life. This brought Frank great joy, as he was a people’s person. Although he worked the evening shift, he would wait for his coworkers, who he drove home, every night, in his old van. Many would complain, “Frankie, you don’t have any heat.” He would stop and say to them, “The bus stop is across the street.” Of course no one got out. “Okay y’all ready to go?”, as he would proceed with his old music playing. He loved Roy C!

In 2010, Frank returned to Branchville, Virginia, where he made his home, until God called him home on Monday, December 5, 2022. In addition to his loving parents, he was preceded in death by: his siblings, Lonnie, Samuel II, Herman, Hollie Jr., Adell Richardson, Eugene, Michael, Howard Bottoms, Joan Small and Ruby Wright.

Relatives and Friends are encouraged to visit Mr. Darden's tribute wall to share memories, extend condolences and to order floral tributes, as sentiments to the family.

to the family of Mr. Eddie Frank Darden.

To send flowers to the family or plant a tree in memory of Eddie Frank Darden, please visit our floral store. 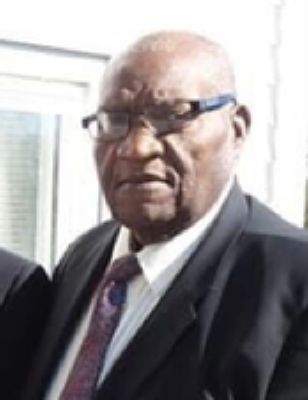