Share a memory
Obituary & Services
Tribute Wall
Read more about the life story of Esther and share your memory.

Esther Lee received her education in the Northampton County School System and professed her life to Christ at an early age. She became a lifetime, loyal and faithful member of Mount Hope Baptist Church of Jackson, North Carolina, until her health began to decline in recent years.

Devoted to her community, Esther Lee became employed with the Northampton County Department of Social Services in 1974, where she remained more than 20 years until her retirement. It was a career she greatly enjoyed as it awarded her with a legacy of helpfulness and dedication of service, which would touch so many within her community. No one could deny her heart of gold. She was loving, she was kind, but most importantly, she was ours.

Esther Lee was a devoted mother, loving grandmother, a wonderful aunt but nonetheless, Esther Lee was a dedicated friend to two special ladies, Mrs. Emily Lee Robinson and Mrs. Rosa Lee Harris, with whom she would share decades of friendship.

Our hearts were not ready, but your wings were as God prepared your crown for a new role within the comfort and refuge of our Lord and Savior Jesus Christ. Esther Lee Battle departed this earthly life on Sunday, December 18, 2022 at the age of 89. In death, Esther Lee is now reunited with: her parents; her stepmother, Roxanna Mitchell; her husband, William Battle; her children, Minnie (Margaret) White, Sylvia Artis, Priscilla Peebles, Morris Peebles ‘Little Morris’, Don Michael Peebles and Shirley Ann Jordan; one sister, Mary Elizabeth Wilkins; four brothers, Martin Grant, Earl Thomas Mitchell, Leon Mitchell and Wayne Mitchell and her beloved great-grandson, Oscar Ray ‘Hercules’ Epps, Jr.

Your life was full of loving deeds, forever thoughtful of our special needs. Today and tomorrow, our whole life through, we will always love and cherish you. Her sweet spirit, caring heart and generosity will long be remembered by all those whose lives she touched. We who remain, struck by the bitter pain of death, but satisfied with the promise made by God, that He would wipe all tears from our eyes: three children, Carol Peebles Stewart of Kernersville, North Carolina, Denise Peebles of Seaboard, North Carolina and Maurice Peebles (Kalyn) of Fort Worth, Texas; fifteen grandchildren; seventeen greatgrandchildren; seven great, great-grandchildren; her siblings, Major 'Lil Buddy' Mitchell, Jr., Mary Lee Parker, Diane Mitchell,  Minnie Pearl Hatcher and Waverly Mitchell; a host of nieces, nephews, relatives and friends.

In Esther Lee Battle’s later years, she was blessed to have many caretakers. Esther Lee was our Divine Pearl. The Queen of Gems and the Gem of Queens. We will miss our beloved Queen, our matriarch, our world, immensely. It broke our hearts to lose you, but you didn’t go alone. For part of us went with you, the day you were called home.

Relatives and Friends are encouraged to visit Mrs. Battle's tribute wall to share memories, extend condolences and to order floral tributes, as sentiments to the family.

to the family of Mrs. Esther Lee Mitchell Peebles Battle.

To send flowers to the family or plant a tree in memory of Esther Lee (Mitchell) Peebles Battle, please visit our floral store. 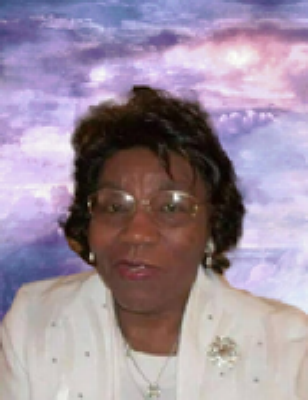