Share a memory
Obituary & Services
Tribute Wall
Read more about the life story of James and share your memory.

James was educated in the Hertford County School System, graduating from the C.S. Brown High School, Winton, North Carolina, class of 1965. On April 14, 1966 he enlisted in the United States Air Force, where he became skilled in the trade of carpentry.

James proudly served his country for four years, until April 10, 1970, when he was Honorably Discharged and he returned to Hertford County, to begin his career as a long-distance truck driver. Most notably, during his career, he received an award for safely driving over one million miles across 48 states. Not only did James enjoy driving his truck, he became an enthusiast of Harley Davidsons and won many trophies over the years. Often times he could be found riding for charity or in Christmas parades - at times with his toy poodle on the back.

God saw you getting tired and whispered, “Come and rest”, His garden must be beautiful for He only picks the best. It broke our hearts to lose you, but you did not go alone, for part of us went with you, the day God called you home. On Wednesday, December 28, 2022, while in the serenity of his home, James answered God’s solemn call to sweet eternal rest. He is now reunited with his loving parents and his brother, Lavurn Cloyd, Jr.

A million times we’ve needed you, a million times we’ve cried. If love alone could have saved you, you never would have died. In life we loved you dearly, in death we love you still. In our hearts you hold a place, that no one could ever fill. Cherished memories shall forever remain in the hearts of: his wife, Gloria Cloyd of the home; children, Tommy L. Cloyd of Stokes, North Carolina, Cheryl T. Cloyd of Garner, North Carolina, Trischa Mayo Melendez (Nestor) of Norfolk, Virginia and LaShonda Vaughan of the home; his sisters, Agnes Bettie Barnes (John) and Gloria Cloyd Fields (James); four grandchildren; four great-grandchildren; a host of relatives and friends.

Relatives and Friends are encouraged to visit Mr. Cloyd's tribute wall to share memories, extend condolences and to order floral tributes, as sentiments to the family.

to the family of Mr. James Herbert Cloyd.

To send flowers to the family or plant a tree in memory of James Herbert Cloyd, please visit our floral store. 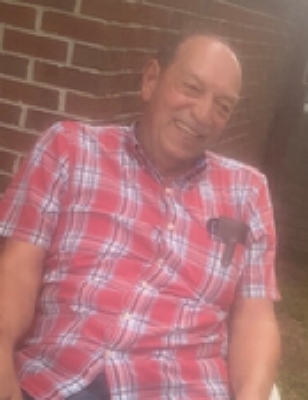