Share a memory
Obituary & Services
Tribute Wall
Read more about the life story of Lewis and share your memory.

There are no tears in Heaven nor grief of any kind. I leave this final teardrop to those I’ve left behind. Though absent from the body, I’m present with the Lord; the joy of my salvation is now my full reward. And just as God has promised, He’s wiped my tears away, and nothing can compare to the wonder of that day. So, keep me in your memory and know that up above there are no tears in Heaven, instead there’s only Love!

Lewis G. Webb, Sr., affectionately known as ‘Baby-Doo’ to close relatives and friends, began his earthly life on August 1, 1943 in Northampton County, North Carolina when his parents, the late Augustus and Dora Webb welcomed their precious one into God’s wonderful world. Lewis became the youngest of five brothers, two of which, Edward and Roy, preceded him in death.

Lewis received his education in the Northampton County Public School System where he also met and married the love of his life, the late Magnolia Pair. To this union five sons were born. One son, David, preceded him in death.

Coming from a religious background, Lewis loved the Lord, and he remained a faithful Christian until God called him home. Lewis joined Cool Spring Baptist Church in Gaston, North Carolina after relocating back to Pleasant Hill, North Carolina.

Early in his marriage, Lewis and Magnolia made the decision to move their family to Orange, New Jersey where he worked several jobs to provide a better life for his family.Lewis soon went to work for the New Jersey Transit Company driving a transit bus for over 23 years, until his retirement. He loved his family, and his home was always open and welcoming for anyone wanting to get ahead in life. Lewis was also a huge softball fan and he played as the starting pitcher for the N. J. Nasty Boys League.

One can’t help but reflect on our father, brother, grandpa, uncle, cousin and friend for ‘Baby-Doo’ had the best sense of humor, seriousness and love for a good time. Our hearts will forever feel the void.

Very peacefully, in the comfort of his home, surrounded by his loved ones, Lewis was called from his earthly labors to eternal rest on Saturday, November 5, 2022.

Relatives and Friends are encouraged to visit Mr. Webb's tribute wall to share memories, extend condolences and to order floral tributes, as sentiments to the family.

to the family of Mr. Lewis Webb, Sr.

To send flowers to the family or plant a tree in memory of Lewis G. Webb, Sr., please visit our floral store. 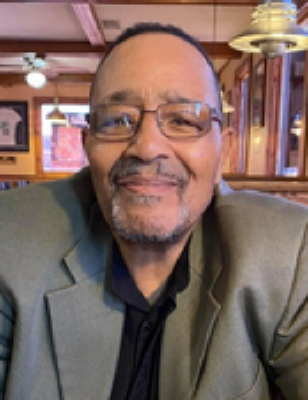