Share a memory
Obituary & Services
Tribute Wall
Read more about the life story of Lula and share your memory.

Raised in a God-fearing home Lula gave her life to Christ at an early age and became a member of the Hills Chapel Baptist Church in Jackson, North Carolina. As an adult, she became a member of the Perkins Square Baptist Church in Baltimore, MD, where she served faithfully in ministry as a member of the Gospel Chorus, the Ladies Guild, and as a Youth Advisor. Sundays in the Williams household would often be filled with young people from the church coming over to enjoy some of Sister Williams’ good cooking. Lula was a gracious hostess and loved to make people feel at home. After retirement Lula served at the Browns Memorial Baptist Church, on the Missionary Board and the North Carolina Club.

On October 13, 1963, Lula was united in holy matrimony to the late Lorenzo Williams who was the love of her life. This union was blessed with four children, Trina, Travis, Timothy, and Tracie. Lula and Lorenzo had a love that was blessed and graced by God. Together they owned multiple businesses; a cleaning service, hauling company and hosted yearly bus trips. Lula and Lo loved to work together to achieve their goals for their family. They believed that together there was nothing they could not accomplish. On warm spring and summer days you could find them sitting on the front porch laughing, talking and welcoming any of the neighbors who wanted to join them.

During her lifetime Lula was passionate about her career goals. For a short time, Lula worked as a licensed cosmologist, at Sharpless Beauty Salon in Baltimore, MD under the mentorship of her mother-in-law, the late Vera Sharpless. She also worked for many years at Sweetheart Cup Company, until receiving her dream job with Equitable Bank as a clerk. Through multiple corporate mergers, acquisitions, and welld-eserved promotions, Lula retired from the corporate offices of Bank of America where she worked in the Foreign Exchange Department.

In 2010, Lula decided to relocate to Garysburg, North Carolina to be closer to her family. As the eldest of the James siblings, Lula loved to spend time with her brothers and sisters. Whether she was sipping coffee with her sister Margaret or sharing a tender moment with her baby sister Regina, Lula was happiest surrounded by the love of her family. The James family gatherings were not complete without Lula’s infamous corn pudding, she loved to see the smiles on their faces as they enjoyed this delicious dish made with lots of love. At the yearly family reunion, the entire James clan looked forward to seeing Lula dance to her favorite singer Al Green. Lula would hit the floor with a smile on her face and would soon be joined by her brothers and sisters.

On Sunday, October 23rd, at the ECU Medical Center while holding the hand of her baby girl Tracie, Lula peacefully went home to be with the Lord. She leaves a legacy of grace, integrity and humility. I have fought the good fight, I have finished the race, I have kept the faith. Now there is in store for me the crown of righteousness, which the Lord, the righteous Judge, will award to me on that day. 2 Timothy 4: 7-8

Relatives and Friends are encouraged to visit Mrs. Williams' tribute wall to share memories, extend condolences and to order floral tributes, as sentiments to the family.

to the family of Mrs. Lula E. James Williams.

To send flowers to the family or plant a tree in memory of Lula E. (James) Williams, please visit our floral store. 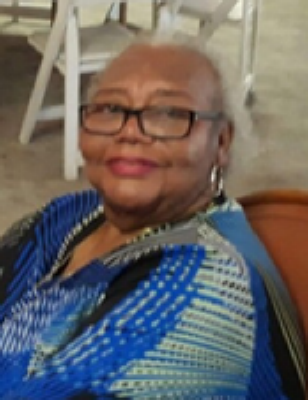