Share a memory
Obituary & Services
Tribute Wall
Read more about the life story of Pastor James and share your memory.

“Man that is born of a woman is of few days and full of trouble. He cometh forth like a flower…”

‘Sam’ as he was affectionately called by those who knew and loved him, attended the public schools of Northampton County, until the eighth grade. He completed his General Educational Development by attending night school within the Northampton County Public Schools.

At age 12, James gave his life to Christ Jesus at New Jerusalem Holiness Church and was baptized as an official member. He was the first youth musician and director of the church choir. As years progressed, he formed the first youth choir. Under the Apostolic Faith, various churches combined to form the United Spiritual Choir of which James was a faithful choir director and musician.

THE COMMITMENT TO CHRIST…

“Make sure of your commitment to Jesus Christ, and seek to follow Him every day.

Don’t be swayed by the false values and goals of this world, but put Christ and His will first in everything you do.”

In the early 1980s, James received his first Missionary license, under the leadership of his mother Pastor Rosa Gary Banks. While on his spiritual journey, he was called to preach the Gospel and he received his license in the 1990s. He was later ordained “Elder” in 2000. In 2007, after the passing of his beloved mother, Elder Gary was appointed as the Associate Pastor of Saint Mary’s Holiness Church. In 2011, Elder Gary was appointed as the Pastor of Saint Mary’s Holiness Church, where he served faithfully, until health began to decline. All of Pastor Gary’s appointments and licensures were achieved through the National Giving Grace Convention, under the leadership of Bishop Geanie Perry, Sr. and Bishop Nathan Perry.

THE MESSAGE OF LOVE...

James knew the power of love and didn’t mind sharing it with his family, friends and community. In 1957, he was united in Holy Matrimony to the late Annie Laura Webb Gary. They shared nineteen years of marriage before she went home to be with the Lord in 1976.    This union was blessed with the birth of one beautiful daughter, Carolyn Gary. In the summer of 1984, James united in Holy Matrimony with Ruby L. Artis Gary. They shared thirty-two years of marriage, until her passing on December 21, 2016.

THE YEARS OF MEASURE...

Everyone has his own specific vocation or mission in life; everyone must carry out a concrete assignment that demands fulfillment. Therein he cannot be replaced, nor can his life be repeated, thus, everyone’s task is unique as his specific opportunity to implement it. - Viktor E. Frankl

In his early work life, James was employed as a construction worker and later developed a profession of cement finishing. He worked to build Interstate-95 in North Carolina. He also helped to construct the Nuclear Power Plant in Cary, North Carolina. He used his talents on various construction sites in both Richmond and Petersburg, Virginia; until he retired at the age of 66. He continued to aid the community by using his talents as a cement finisher, until his health no longer made it possible for him to impart the knowledge of his craft.

Work, church dedication, listening to gospel music, singing, playing both the piano and organ were his passion. Pastor Gary was a very skillful Minister of Music. His melodious tunes could be heard in his community and throughout the surrounding areas. Two of his favorite songs were “Give Me My Flowers” and “When I Take My Vacation In Heaven.”

THE MEMORIES OF LIFE...

“A great man is one who leaves others at a loss after he is gone.”

“For I am now ready to be offered, and the time of my departure is at hand. I have fought a good fight, I have finished my course, I have kept the faith.” (II Timothy 4: 6-7)  On Monday, December 12, 2022, Pastor James Edward Gary answered God’s call from earthly labor unto eternal rest; while in the serenity of his home. His seeds are well-sown; his service on earth is complete, and he now experiences the victory and triumph of eternal life. In addition to his loving parents and spouse, he was preceded in death by: a son-at-heart, Gregory Chambliss; one sister, Eveline Banks and three brothers, Roscoe Banks, Charlie Lewis and Benjamin Ray Banks.

“In tears we saw you sinking, we saw you fade away. You suffered much in silence, you fought so hard to stay. You faced your task with courage, your spirit did not bend. But you still kept on fighting, until the very end. God saw you getting tired, when a cure was not to be, so He put His arms around you; and whispered ‘Come to me!’. So when we saw you sleeping, so peaceful, free from pain. We could not wish you back, to suffer that again. In God’s own time, we will meet again.” Cherished memories will forever remain in the hearts of: one daughter, Carolyn Gary-Ndoye (Abdou); children-at-heart, Jeanetta Chambliss, Christopher Chambliss (Jennifer) and Erica Chambliss-Marzuq (Faheem); a cousin he reared just as his own, Vanika Sanders;  two sisters, Rosa Banks-Claiborne and Lillie Banks-Mitchell; a host of grandchildren, great-grandchildren, nieces, nephews, sisters-in-law, brothers-in-law, relatives and friends.

Pastor James Edward Gary will be greatly missed by all of his family, friends, church and community.

Relatives and Friends are encouraged to visit Pastor Gary's tribute wall to share memories, extend condolences and to order floral tributes, as sentiments to the family.

to the family of Pastor James Edward Gary.

To send flowers to the family or plant a tree in memory of Pastor James Edward 'Sam' Gary, please visit our floral store.

Video is available for this event 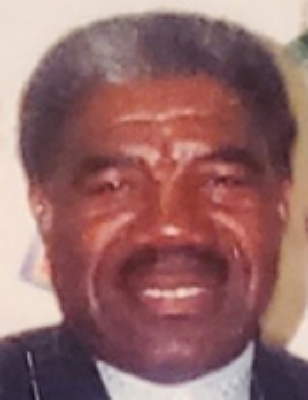