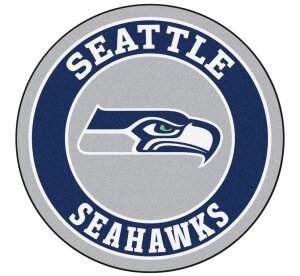 “Remembering you is easy, we do it everyday

Missing you is a heartache, which will never go away.”

Raheem Tre’Mel Scott was welcomed into the world on Wednesday, April 23, 1997, as he was born to the parentage of Larry Mickey Scott and Annette Daniels Scott in Halifax County, North Carolina.

‘Rah Rah’ or ‘Biggum’, as he was affectionately known, was educated in the Halifax County School System. Realizing the need of a personal savior, he accepted Christ and united in Christain Fellowship with Greater Joy North Church of Roanoke Rapids, North Carolina.

As a devoted father, son, grandson, brother, uncle, nephew, cousin and friend, Raheem loved his family and friends dearly and was very protective of them. Spending quality time with family, especially his daughters, brought him great joy! He also enjoyed riding four-wheelers, dirt bikes and motorcycles with ‘his boyz’. “He deserves Paradise, who makes his companions laugh (Anonymous). A true comedian at heart - Raheem always kept those around him laughing, with one of his silly jokes. Raheem loved football. As an avid Seattle Seahawks fan; he always supported “his team” by watching their games, and sportin’ their attire.

Wings...Are carved surfaces that lift…Wings enable you to soar beyond all your self-imposed restrictions and take you to the lofty heights you dare to dream of. Wings can offer protection and comfort, as in “under one’s wing.” Wings remind us of the angels that guard and guide us from above, and of those angels that walk among us. Wings remind us that it is in our power to be an angel to the next person, who may just happen to need one. Anything is possible, when you have wings. On Tuesday, April 13, 2021, Raheem gained his wings and took flight to be at eternal rest. As he awaits the second coming of Christ, he now joins those relatives who preceded him in death, including: his grandparents, Susie Jane Scott, Robert Lee ‘Buster’ Daniels, Ryland ‘Jaboo’ Simmons, Viola Shearin, Andrew and Ola Mae Barber; his aunt, Tami Mason; cousin, Tavion Mason and host of other relatives.

Relatives and Friends are encouraged to visit  Mr. Scott's tribute wall to share memories, extend condolences and to order floral tributes, as sentiments to the family.

to the family of Mr. Raheem Tre'Mel Scott

To send flowers to the family or plant a tree in memory of Raheem Tre'Mel 'Rah-Rah/ Biggum' Scott, please visit our floral store.